Landuse in the coastal range of south-central Chile has been tremendously altered since the Pinochet government in 1974. While formerly, the coastal range has been largely covered by native temperate forests (of Nothofagus sp. or Acacia caven trees); economic incentives have caused heavy deforestation in favor of the establishment of commercial plantations with exotic tree species (mainly Monterey Pine) - an ongoing process until today. Several ecological impacts have to be expected. The role of this process for radiative forcing - and thus, climate change - is vastly unknown. While the effects of tropical forests deforestation are well understood, the effects of temperate forests deforestation are unclear. One of the main drivers of radiative forcing changes is changes in the surface albedo. In studies investigating the role of temperate deforestation, frequently, albedo changes due to deforestation of temperate forest (which are rather dark) to agriculture (which is brighter) are analysed. However, in south-central Chile, temperate forests are replaced by even darker Monterey Pine plantations. Thus, the scenario is different from those frequently investigated in. Another main driver of radiative forcing changes comes from changes in the carbon stock sequestrated in vegetation. Remote sensing imagery can help to estimate these drivers in order to quantify the role of landscape transformation on radiative forcing. An estimate of the surface albedo can be derived through the atmospheric correction of multispectral images using algorithms like ATCOR. Within the images, regions of interest are defined where native temperate forests or Monterey Pine plantations are found. The images are atmospherically using ATCOR3 and a digital elevation model from ASTER and the albedo is computed. The regions of interest are observed from July, 21th, 2003 to July, 13th, 2012. Two images per year are used; one for the summer, one for the winter term. Temporal changes of the albedo values of the regions of interest are analysed. A natural oscillation between summer and winter can be observed. It is stronger for the deciduous native forests than for the coniferous pine plantations, as could be expected (cf. Fig.1). In a next step total solar irradiance (TSI) data from the total irradiance monitor (TIM) instrument are used to estimate the exact solar irradiance for the south-central Chile. Using the sun elevation, TSI values can be transformed to direct insolation according to sinus law (cf. Fig.2). From these values, the solar irradiance into the differently landuse types can be computed. The albedo values are used to estimate the amount of absorbed energy of Monterey Pine and native temperate ecosystems. Then, the change in the absorbed energy through a change in landuse is calculated. As can be seen in Fig. 3, Monterey Pine ecosystems absorb slightly more energy than native temperate forests. Albeit a small change in absoption, it cannot be neglected since it produces a positive radiative forcing (i.e. more W/m2) are absorbed in Monterey Pine than in native ecosystems. The second main driver, the carbon stock of ecosystems, is estimated using literature values taken in the field. Finally, multispectral imagery over the entire period observed (1974 to 2012) are classified to quantify the transformation from native ecosystems to Monterey Pine plantations (cf. Fig.4). The spatially explicit changes as shown by the classification results are then used to regionalize the local observations on albedo and carbon stock changes. Although some plant-atmosphere interactions relevant to radiative forcing remain unquantified (e.g. the influence of an altered formation of aerosols or clouds), it can be demonstrated that the transformation has indeed an important influence on radiative forcing. The study represents an integrative approach which uses remote sensing imagery (optical imagery and DEM) to provide spatially extended estimates for albedo and landuse, which are combined with field observations to provide insights into the globally relevant question on the effects of temperate deforestation on radiative forcing. In this context, many studies focus on deforestation in favor of agriculture. Those studies attribute a negative radiative forcing to deforestation which is due to a considerable increase of surface albedo. The study proposed here observes different conditions (deforestation in favor of plantations) hence, it comes to different conclusions. It is therefore helpful within the context of temperate deforestation. 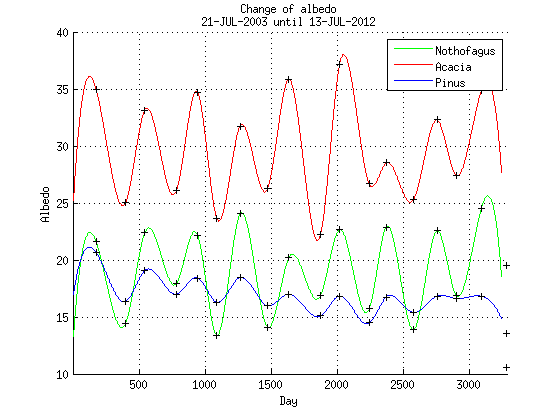 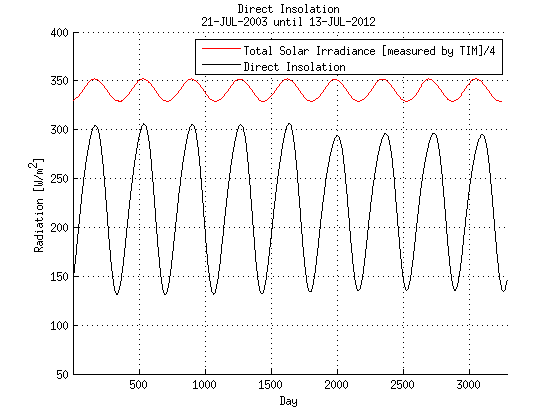 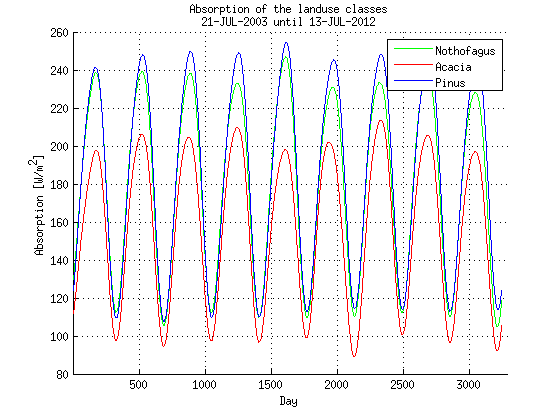 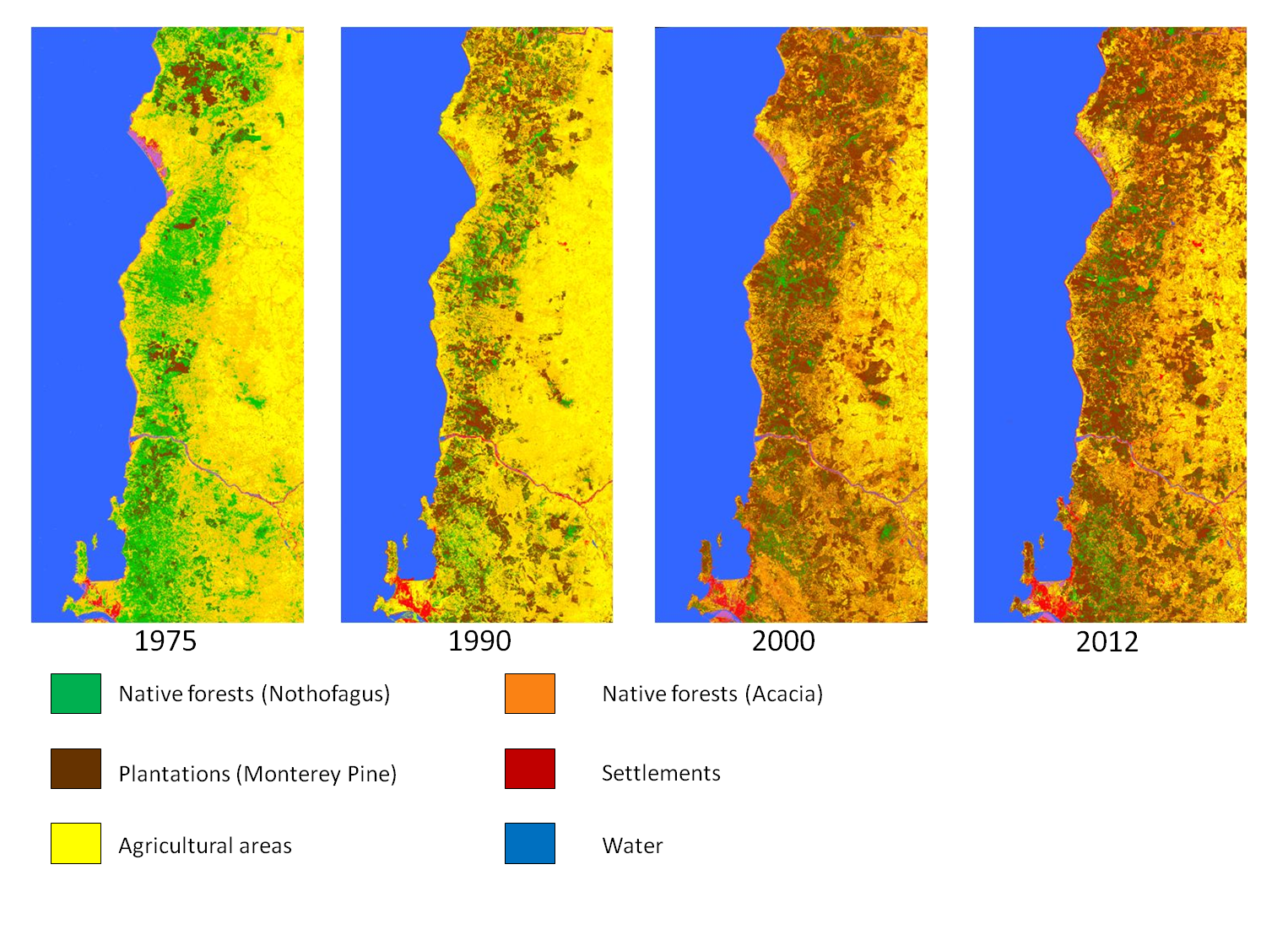