Since 2009, the Facility for Airborne Atmospheric Measurements BAe-146 atmospheric research aircraft (FAAM, www.faam.ac.uk) is equipped with a cloud/aerosol lidar. Having a lidar on an airborne platform has the unique advantage of being able to take it to different observation scenes around the world, based on scientific requirements. Moreover, a fully instrumented platform such as the BAe-146 permits complementing the lidar observations with several other on-board sensors, both remote sensing and in situ. In this talk, we shall describe a few of the applications of the airborne lidar: (a) During the eruption of Eyjafjallajokull in 2010, a detailed dataset of volcanic ash concentrations has been compiled during six research flights over the United Kingdom and surrounding seas (Marenco et al, 2011). This dataset has been successfully used for the improvement of dispersion models and for the validation of satellite products based on IASI and SEVIRI (see e.g. Francis et al, 2012). Fig. 1 illustrates an example of a direct comparison of volcanic ash column loadings derived by SEVIRI and the airborne lidar. 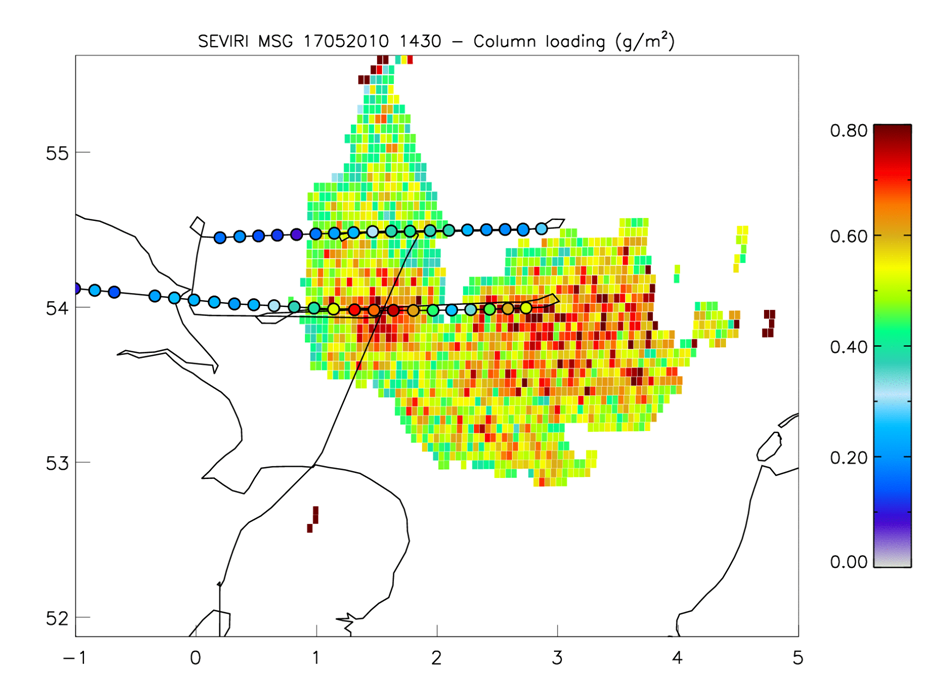 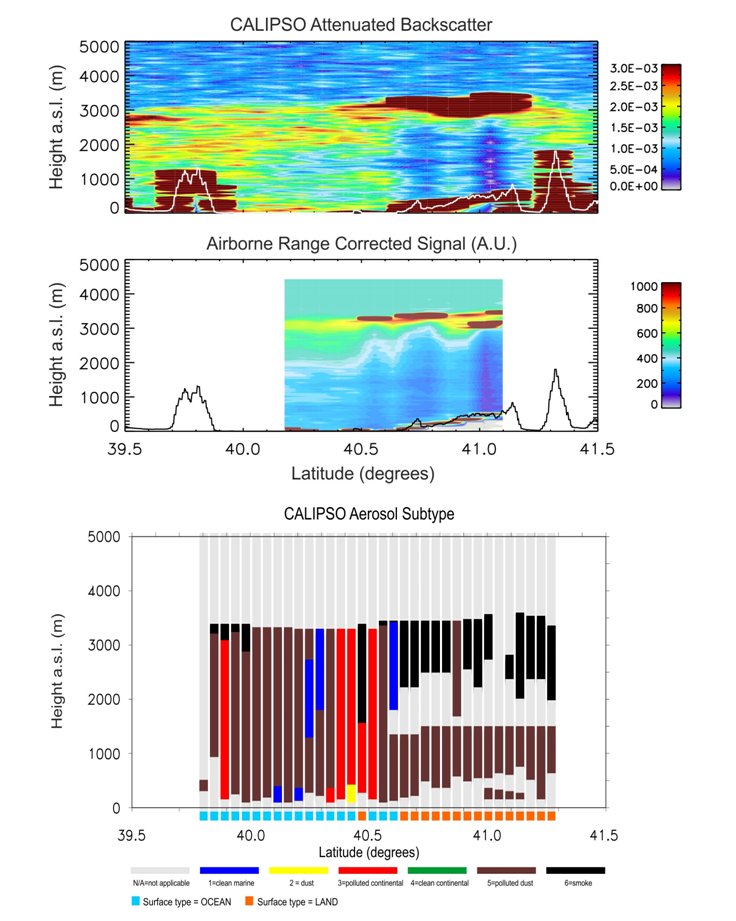