This paper presents the SPOT4 (Take 5) experiment, aimed at providing time series of optical images simulating the repetitivity and large area of Sentinel-2 images, in order to help users set up and test their applications and methods, before the mission is launched.

In 2016, when Sentinel-2 constellation is complete, and for at least seven years, users will have access to high resolution time series of images acquired every 5 days, anywhere among the Earth land surfaces. This new dataset will drastically change and enhance the way land surfaces are monitored using remote sensing. Sentinel-2 frequent revisit will assure that a given surface will be observed at least once a month, except in the most cloudy periods and regions, enabling to develop operational applications.

New methods and algorithms will have to be developed, in order to handle time series covering very large areas. The methods will need to be robust to data gaps due to clouds that will be present on most Sentinel-2 290*290 km images. Given the number of images to handle, the methods will have to be automatic and the large area covered will push users to develop methods that can handle large territories with variations in climate and land cover. At the Sentinel-2 preparatory symposium in 2012, the user community voiced a high interest to develop such new methods and applications well in advance before the launch of Sentinel-2, enabling a timely start of operational applications as soon as the data becomes available. The SPOT4 (Take5) experiment is providing the users with time series of observations close to those of the Sentinel-2 mission in terms of temporal revisit and spatial resolution, which will help them to prepare for the exploitation of Sentinel-2 data.

When CNES offered to use SPOT4 for technical experiments, at the end of its commercial life, CESBIO proposed to change SPOT4 orbit, in order to place it on a 5 days repeat cycle orbit. CNES started this experiment on the 31st of January 2013, and it will last until the end of May 2013.

Several space and research agencies (ESA, NASA, CCRS, JRC) also contribute to the mission by funding the cost of edition of the products acquired on the sites they selected. CNES and CESBIO preprocessing methods will be used to deliver ortho-rectified images of surface reflectance after atmospheric results, and delivered with a high quality cloud and cloud shadow mask. At the date of the conference, the produced time series should have been made available to anyone, through the new French Land Data Center.

This paper presents the preprocessing methods and their performances validated against in-situ measurements. The clouds and aerosol detection methods are based on a combination of multitemporal and multispectral methods already applied to Landsat and Formosat-2 images, but here, these methods have to be applied to a much greater number of sites and must also handle the lack of a blue band on SPOT4. Finally, the paper also presents a few application results obtained from SPOT4(Take 5) experiment. 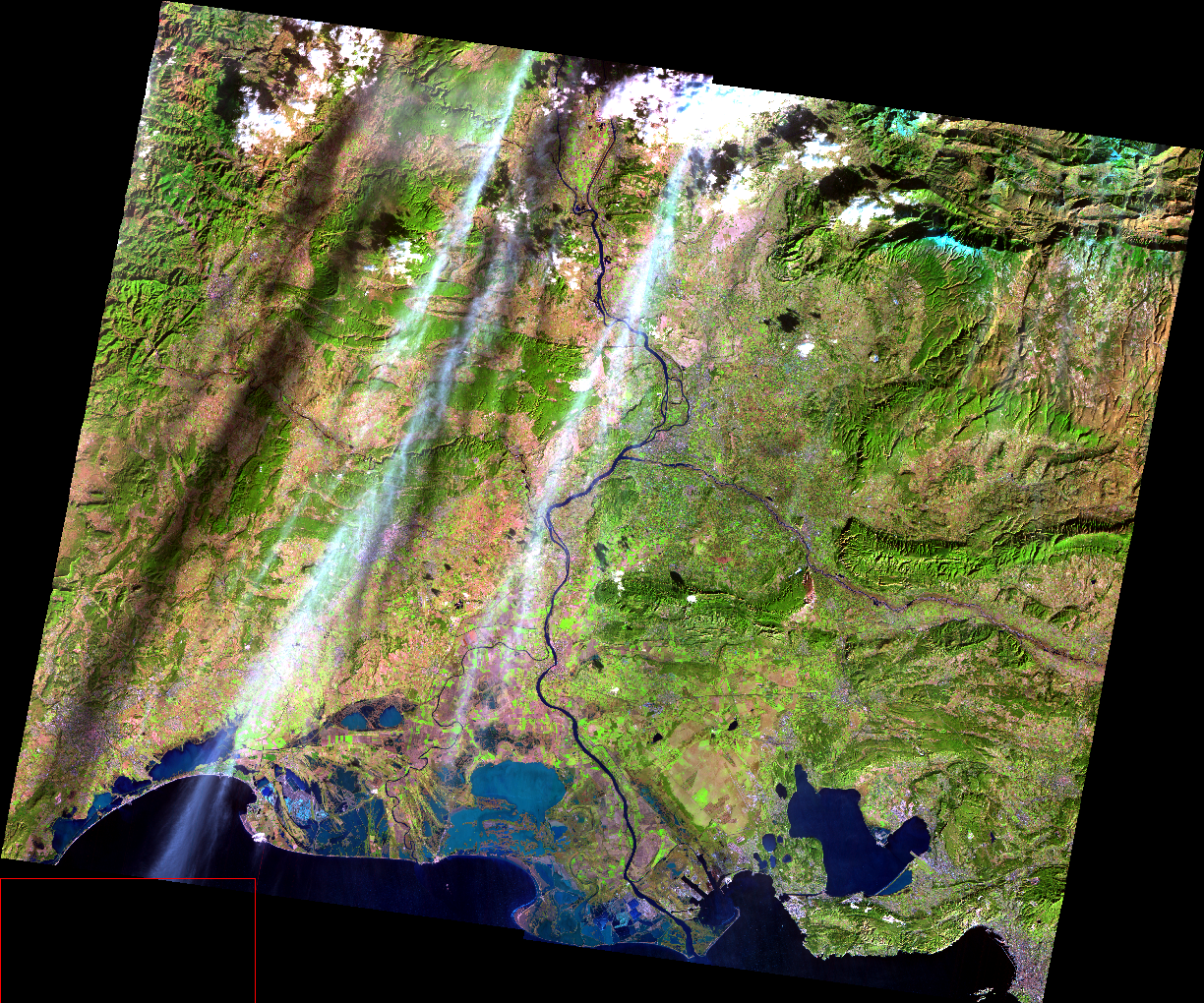