The MODIS instruments aboard Terra and Aqua satellites both measure spectral radiance in 36 channels (41-14200 nm), in resolutions between 250m and 1km in near daily global coverage. MODIS Level-2 aerosol products from TERRA and AQUA satellites (MOD04_L2, MYD04_L2) are originally reported at 10km resolution. Todate, the MODIS database covers a period of more than a decade. The most recent data collection (Collection 051) is an enhanced version of previous collections since it contains retrievals over land from the Deep Blue algorithm.

In this paper, a seasonal climatology of the AOD in the original 10km resolution is presented for the Mediterranean. The AOD fields were originally extracted from the 'Optical_Depth_Land_And_Ocean' parameter which provides the AOD at 550nm derived via the dark-target algorithms and with best quality data. The area considered encompassed the whole mediterranean basin, the northern coast of Africa and the mediterranean countries. In Figure 1, the average AOD (550nm) in 10x10km resolution for the period 2001-2011 is presented. As it is observed, several structures and hot-spots can be discerned if the original resolution of the aerosol product is used. A comparison with the annual mean PM10 concentrations map for 2010 provided by the European Environmental Agency (EEA Report No4 /2012) (Figure 2) shows that hot-spots are well depicted in the MODIS map. For example, considering PM10 consentrations above 31 micrograms/m3 (dots in ornage and red), it can be argued that the areas of high aerosol load are well represented in the MODIS map (e.g. the Po Valley, South-eastern part of Spain, Athens, Rome, Paris).

Based on the compiled datasets, long-term trends were estimated for both fine/coarse aerosols via non-parametric methods such as the seasonal Mann-Kendall test associated with Sen's slope. The analysis was also performed for areas encompassing big cities. 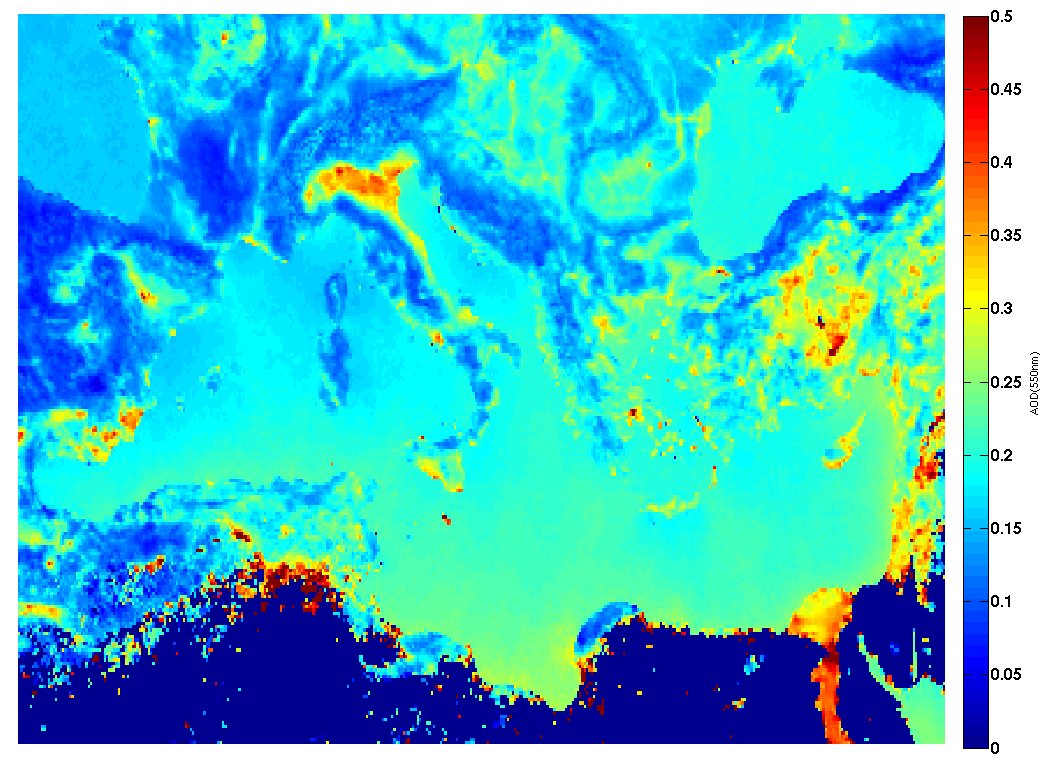 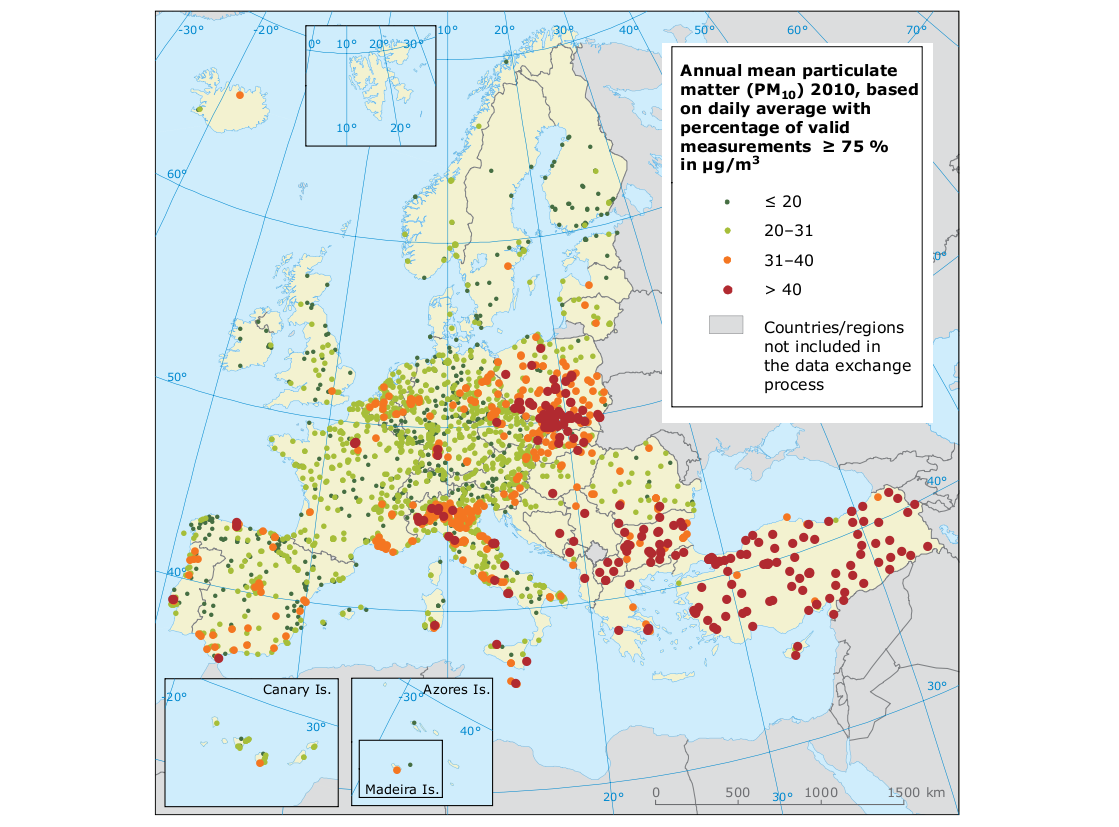